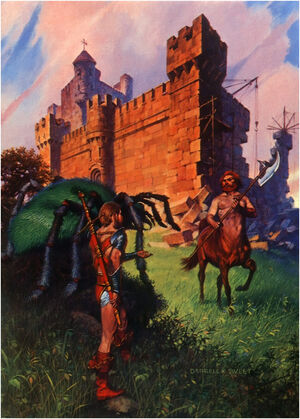 Castle Roogna was originally built by King Roogna sometime between year 228 and 236. After the fall of King Gromden in year 677, the castle was abandoned until Humfrey discovered it in year 971. Humfrey left it because he didn't want to be king of Xanth (again), so it remained abandoned until Trent, Chameleon, and Bink rediscovered it in year 1042. Later, as king, Trent moved the seat of human government in Xanth from the North Village back to Castle Roogna where it remains.

This article is a stub. You may help the Xanth wikia by expanding it.

Community content is available under CC-BY-SA unless otherwise noted.